The Cinema is now closed as per Government lockdown Restrictions.
Please stay safe and look after yourselves, and we will see you as soon as we are able to open. 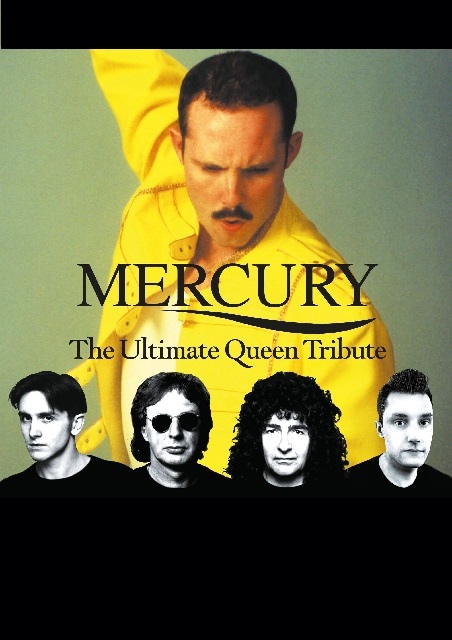 PLEASE NOTE: This event has now moved to Friday 10th September 2021. All bookings for the May date have been transferred. The World's leading 'Queen' Tribute Band; Mercury, now celebrating their 20th anniversary, has established itself as one of the world's most authentic tribute bands to Freddie Mercury and Queen. This award winning Band, with its dynamic stage show has been wowing audiences from the UK to Europe to Dubai.

"Freddie was an original. He and Queen were the best. But now, in this new century, Joseph, Glenn & Mercury are the next best thing"
Freddie's Mum - Jer Bulsara 2010